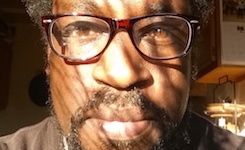 Rob Jackson is the Director of Business Development at pitchLove. In 1997, he was the tenth employee at a startup called Value America. The company grew to almost 600 employees and went through two IPOs that evaluated the company at $6 billion before it finally closed its doors in 2000. Rob was the only person of color at Value America for the first year of the company's existence. In 2003, Rob earned a Master of Science degree in the Management of Information Technology from the University of Virginia and has been consulting with mission-driven organizations in the DC Metropolitan area since 2004. pitchLove is Rob's first foray back into the startup scene since Value America.

The social contract between Education and society is broken. The demand for learning and growth has exceeded the Education people can afford, yet we still believe Education is the key. Despite various efforts at reform, Education is the same as it was at the turn of the 20th century. We have been looking for improvements within Education to help people adjust to changes in the economy brought about by rapid advances in computer technology, but what if technology is already helping people adjust and Education isn’t a part of it? What if the functions we have traditionally associated with Education were re-distributed to individuals just like computing, bandwidth, and digital storage? Nearly every revolutionary change in the history of human progress came about because someone questioned some time-honored belief or tradition and in doing so revealed a new truth, a new way of doing things. There is no reason to keep pursuing Education in its current form, especially if it’s not working.