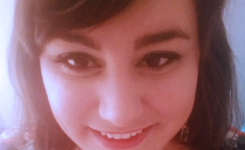 Hi, I'm Lori. She/her/hers. I'm a full-time disabled, mentally ill, bisexual and fat woman trying to help my friends do our best. My greatest passion lies within the disability movement, and this often coincides with my chief hobbies which are gaming and writing. You may occasionally find me on tumblr talking about my experiences trying to navigate within society, but I'm mostly just an average reclusive nerd trying to find my place in the world. As someone for whom games play an integral part of my mental health and recovery and allow me to still feel connected to the outside world, I'm concerned with how people like me (MOGII people, fat people, disabled and chronically ill people, and people who suffer from mental illness) can not only find positive representations of ourselves within media to identify with, but also how these representations shape the perceptions of those around us and the gaming community as a whole.

Across all forms of media, there exist plenty of tropes about people with illness. Illness, in this case, encompasses people suffering from short-term or chronic mental or physical conditions, and there exists a plethora of well-known tropes that characters and scenarios in gaming often fit into. What are some of these tropes, and how can we spot them in the media we consume? How do they affect our perception of people with disabilities and mental illnesses? Does media portrayal of ill people as stereotypes in genre works still count as representation? And with all of this in mind, how can we be more conscientious of the way that we represent people affected by illness within our own work? From Mass Effect to Guild Wars 2 and Grand Theft Auto V, video games have often explored the realm of characters with illness and disability. What defines "good" representation for a character, and which characters hit the mark? On the other hand, when is representation of a character's disability less than ideal or outwardly offensive? Do video games fall into the same pitfalls as other genres when it comes to representing disabled people? And if so, what can we as critically engaged fans of media do about it?