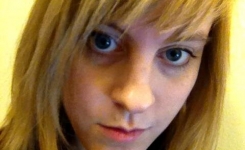 Maddy Myers is the Assistant Games Editor for Paste Magazine; she also co-hosts a games podcast called Isometric on the 5by5 Network. She previously worked as a games journalist and web producer for the Boston Phoenix from 2007 to 2013. Her writing about video games has also appeared in Five Out of Ten, re/Action, Gameranx.com, the Border House, and Kill Screen.

Gaming coverage in the '80s and '90s typically involved tech-focused product reviews that purported to be objective. As a game journalist, I've found that cult of objectivity persists to this day, long after games have supposedly been accepted as "art" by society. Critics of music, sculpture, or ballet have long since overcome these hurdles, as well as the concept of objectivity in general -- even in news and event reporting. I believe it's time for videogame journalists to advance past the "new journalism" claims of the 1960s, and on to the late 1970s -- specifically, to gonzo journalism. Gonzo journalism operates on the assumption that the supposed "objectivity" of reportage is impossible, instead emphasizing that greater accuracy and honesty can be found in first-person narrative. In other words, an emotional response is considered more honest, not less, in comparison to a supposedly "objective" perspective. Since all game reviews are "reports" of our own experiences in virtual worlds, and since we all are biased, why not embrace this form in our future coverage of games?

@kierongillen you were referenced in a great diversity in games talk I heard at @AlterConf tonight re: gonzo journalism in gaming!

Re: "objectivity": The idea of writing about something and not admitting you have opinions is pretty illogical #alterconf

.@samusclone is killing it with her #alterconf talk!

This talk by @samusclone is sooooo gooood omg #AlterConf

Boston Phoenix (RIP) didn't oppose "journalist" vs "critic" in their arts section staff. You can hardly be one without being both #alterconf

Listening to @samusclone about how the now-defunct Boston Phoenix treated video games as art #AlterConf pic.twitter.com/rfLNRTjxnU

Video game writing should be experiential; everybody explores that space differently, and it's just more interesting #alterconf

"I will drop kick them into the sun even if they are nice." Thanks #AlterConf for the new motto

"Games journalists think that writing about their own experience is too ~girly~. I think Hunter S. Thompson would disagree." #AlterConf

Great, impassioned talk by @samusclone on the conflicting necessity and denial of subjectivity in gaming journalism. #AlterConf