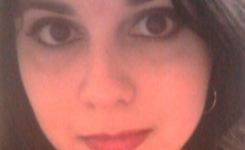 Writer, community professional. An empathetic, bicultural, bisexual Latina with a love for small details, kindness, and exploring the intersection of identity and culture. She/her.

The global internet audience has been steadily changing over time. The structure of the internet itself, however, has been slower to catch up. Internationalized Domain Names (IDNs), which utilize non-Latin alphabets and diacritic marks, were proposed in the mid-90s, but not realized until 2010. Even now, not all services play nicely with them. In a country and a world where internet can serve as a lifeline to learning tools, as well as opportunity, access must go beyond simply connecting to the internet.

While changes are coming, there is still widespread inconsistency in how user-friendly to non-English speakers some of the country’s, and sometimes the world’s, most popular sites and services are. I see top trending hashtags worldwide on Twitter in Arabic, but usernames must be in Latin characters. There’s a disconnect between the creators of services and spaces and today's current--and--potential audience. I'd like to address this from a personal perspective (Do you really need that accent on your name?) to a wider one, as well as point out some of these inconsistencies, and talk possible solutions.