Disability isn't always what you expect

Being Young, Gifted, Black, and Other Adjectives in the Gaming Industry 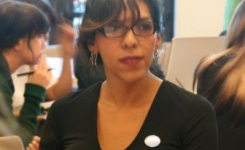 Gender Bias - Identifying the unconscious evil in ourselves to shape a better humanity. 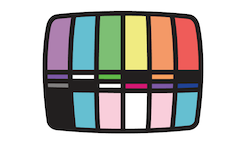 Screening of Gaming in Color

Keeping Diversity and Inclusivity Alive at AlterConf in Los Angeles

Despite being initially postponed a few months ago, AlterConf in Los Angeles overcame difficulties in securing sponsors and a venue to operate in full swing on Saturday, November 21, 2015. The event took place at the high-rise office tower of Nordstrom Rack + HauteLook which overlooks downtown Los Angeles.

Refreshments included water and a variety of scrumptious Hawaiian food from Rutt’s Cafe. We were encouraged to help ourselves, so I piled my plate with sweet rolls and braised short ribs. After savoring my food, I proceeded to find a seat and eagerly anticipate the start of the speaker series.

The session opened with an introduction by Ashe Dryden, a programmer and one of AlterConf’s main community organizers. Dryden warmly welcomed us and explained the accessibility features including real-time transcription and sign language interpreters. Moreover, Dryden mentioned trigger and content warnings since a few of the presentations covered sensitive topics such as physical and mental health issues as well as race relations.

First up was Ben Hopkins, a software developer who is partially deaf. Hopkins explained that there’s “more to disability than you can see” and described the challenges of growing up with Meniere's disease—a hearing disability that he wasn’t properly diagnosed with until recently. Dealing with an unsuccessful surgery as well as bouts of vertigo and migraines, Hopkins endured a great deal of pain.

Fortunately, Hopkins used visualization to deal with pain and elaborated that it’s akin to “escapism” which compels one to question how perception influences life. Most notably, Hopkins discussed the “nature of meaning” by portraying it as continual and “something you do, not retrieve.”

Next, Charles Babb, a seasoned game producer, took the stage with a Kanye West-inspired PowerPoint presentation entitled, “Being Young, Gifted, and Other Adjectives in the Gaming Industry.” Babb initiated his presentation with a moment of silence to honor our peers, community, and the universe.

After a very brief introduction about black culture, Babb insisted, “Black is not a defining adjective.” He then launched into his presentation featuring different adjectives and pictures of a triumphant Kanye on each slide. (For those wondering about the relevance of Kanye in this context, Babb reasoned that he and Kanye are both innovative and ambitious role models—except that Babb channels his talents into computer science and Kanye into music.)

Babb explicated the struggle of being a focused and strong black tech professional while avoiding the stereotype of the “angry black male.” He also articulated how people of color, women, and LGBTQ+ individuals face particular scrutiny in the industry since colleagues “take your personal attributes and judge your work on it.” To confront these prejudices, Babb proposed being fruitful and producing high-quality work while being outspoken, charismatic, and industrious.

Additionally, Babb offered advice for people not involved in the video games industry regarding taking a stand to eliminate stereotypes and discrimination in games. He advised writing to developers, interacting with developers on Twitter, and getting into industry meetings.

Babb’s advice demonstrated how even casual gamers fed up with video games’ lack of diversity can actively achieve change.  I was reminded of the words of American author and activist Alice Walker, “The most common way people give up their power is by thinking they don't have any.”

The subsequent speaker was Achie Prakash, a computer scientist and 3D artist, who described the extremely slow-changing “brogrammer” culture in tech. Prakash explained that the “brogramming culture prevents women and people of color from entering the industry” since the culture tends to value machismo and exclude outsiders who don’t fit the “brogrammer” mold of white, educated men. “The culture begins at the college level,” Prakesh said.

With this homogenous culture comes a lack of unique perspectives, backgrounds, and ideas that could potentially lead to more business and opportunities.

To give insight into brogramming culture, Prakash mentioned Titstare, a mobile application introduced at TechCrunch's 2013 TechCrunch Disrupt conference. True to its name, the misogynistic app features pictures of men staring at women’s breasts.

I’m always unpleasantly surprised to learn about talented developers who choose to create products aimed to degrade and offend a marginalized group of people. In this case, it’s particularly disgraceful since a prominent tech conference allowed the obnoxious app to debut. I’m sure there were countless other more useful and less demeaning apps that could’ve been introduced to the world instead.

Moving on to calls-to-action, Prakesh recommended speaking up when faced with racist and sexist microaggressions because uncomfortable laughter or pushing the issue to the side will only continue or worsen the discrimination. He also suggested that “victims of harassment need to leave.”

He concluded that the burden of changing the tech culture and industry is placed upon marginalized people. “At the end of the day,” said Praskesh, “to see change, you have to create change yourself.”

After a short break, Indu Alagarsamy, a programmer with more than 15 years of experience under her belt, discussed gender bias. Alagarsamy began by juxtaposing the culture of her supportive family with the bleak, unaccommodating reality of the tech industry.

Citing a 2015 survey of over 25,000 responses conducted by Stack Overflow, Alagarsamy reported the software development field is comprised of 92.1% men and only 5.8% women (with 1.7% preferring not to disclose gender and 0.5% as other).

Directed to women currently working in tech, Alagarsamy proposed that they should “own their credit” and “stop saying sorry.” She also recommended that women “raise [their] concern” when snubbed or insulted since privileged people are often unaware of the harmful consequences of microaggressive comments. Furthermore, she insisted that people don’t change due to policies but through discourse.

I especially appreciated Alagarsamy’s presentation because I am too familiar with uttering excessive apologies and disparaging my own accomplishments. These actions only diminish my own self-worth and others’ perception of my value. I’m glad that Alagarsamy pointed out these seemingly insignificant bad habits. After all, the first step of improvement is to acknowledge shortcomings.

Lastly, junior developer Ash López gave a presentation about diversifying tech with strategies cultivated from Gay Straight Alliances. López extensively discussed safe spaces and how to promote inclusivity in the tech space since people of color’s voices are frequently interrupted or silenced.

“Coding can only go so far,” López said. “[We need to] teach marginalized people how to deal with harassment within the workforce… address HR with complaints.” She also suggested that individuals should be trained as activists to comprehend intersectionality and oppression to combat injustices in the workplace.

Although there was supposed to be one more speaker, Drian Juarez unfortunately could not make it to this session of AlterConf to discuss deconstructing binary spaces.

Following the speaker series was a screening of Philip Jones and Ryan Paul’s documentary Gaming in Color (2015). The film featured prominent queer leaders such as Matt Conn, CEO and founder of MidBoss which hosts GaymerX, and Joey Stern, co-founder of Geeks OUT, expressing their thoughts about the lack of diversity and progress in the video game industry.

While some games such as Naughty Dog’s The Last of Us (2013) and BioWare’s Mass Effect (2007) support diversity, the video game industry still has a long way to go.

Overall, the film contended that having positive representations of women, people of color, and LGBTQ+ individuals depicted in video games serves to reaffirm these marginalized people’s existence and validate who they are.

Ashe Dryden concluded the conference by imploring us to take home leftover food as well as encouraging us to support our local communities by keeping diversity and inclusivity alive.

At the end of the event, I was overwhelmed with gratitude and hope. I was thankful for the opportunity to be amongst such dynamic and literally game-changing individuals passionate about causes much grander than themselves. Not only did they care immensely about equality, but they were actively working toward creating a more equitable and inclusive community for forthcoming generations.

I learned that we can’t just sit around waiting for positive change to simply emerge in the tech and video game industry—I mean, we probably could wait, but we may expire before drastic changes take place. Instead, we must channel our inner Gandhi (“Be the change that you wish to see in the world.”) and Margaret Mead (“Never doubt that a small group of thoughtful, committed citizens can change the world; indeed, it's the only thing that ever has.”) to achieve a truly safe and diverse community. 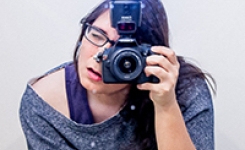 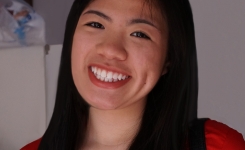 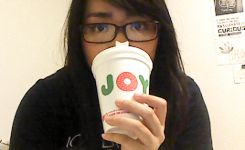 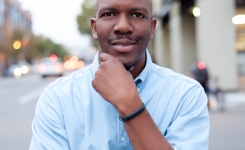