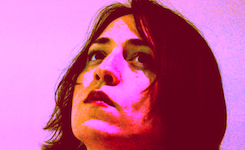 Samantha Kalman is an independent creative, focusing on game design, programming, and music. Her current project is Sentris, a musical performance puzzle game funded via Kickstarter that’s intended to help everybody make music. She also coordinates Invisible Arcade, a recurring expo/concert mashup celebrating video games. Formerly, she created software prototypes for Kindle devices as a Design Technologist at Amazon. Prior to that she she shipped multiple versions of the Unity engine at QA Director of Unity Technologies. She is based in Seattle, owns a cat, and enjoys a nice glass of wine.

Seattle, WA May 30, 2015
Invisible Arcade: video games as rock concerts
The only detail worth considering as a warning is an anecdote involving a shouting argument. There are no derogatory or otherwise hate-filled details that might trigger audience members
Invisible Arcade is a recurring event that celebrates video games in a hybrid expo/concert format. At every event, a small selection of games are curated and performed one at a time on-stage as a set. Every game is also available to play at a demo station throughout the event. This format was designed by Samantha Kalman, a queer game developer who was inspired by the parallels between early 90's pacific northwest punk rock scenes and the current indie game development landscape. Having been a founder of the Seattle Indies developer community, Samantha will tell the story of how Invisible Arcade was conceived and took on a life of its own. Being a non-normative person herself, Samantha has focused on highlighting diversity with Invisible Arcade; in terms of the people on the curation team, the people behind games selected for each event, and the performers who play them on-stage. Creating and organizing these events with a strong undercurrent of diversity and queerness has revealed the importance of celebrating video game culture in physical places that are safe spaces. As a result, a community of people who love games has begun to emerge around the event.