TW: I will be speaking about a serious illness, so if someone has recently had a family... 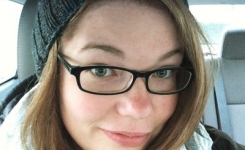 Breaking Down Diversity in Tech One Company At a Time

How The Tech Industry Made Me A Social Justice Writer 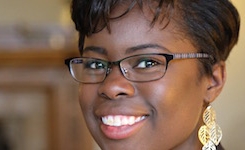 Tech Money, Gentrification, and the Policing of Blackness in Capitol Hill

TW: The only detail worth considering as a warning is an anecdote involving a shouting...

TW: As an autistic person, I find it extremely difficult to know what thinks can be...

So You Want to Contribute to Open Source: Advice for the Non-Normative

Lightning in a Bottle

AlterConf is a conference free of the restriction of geography known to stationary regional conventions. Traveling city to city, it recruits local speakers and freelancers to create half-day conferences, where personal narratives and actionable advice are the order of the day. When you sit among your fellow attendees at AlterConf, you're looking at members of your local community; it's entirely likely there will be faces you don't know. In that way, AlterConf does double duty, not just as a skill-sharing conference, but as a way for community members to find each other. If you're burnt out on the parachute-in nature of most conferences, the realization that you'll be surrounded by people from the same city could be more than a little intoxicating. Talks in Seattle covered setting values, chronic illness, social justice, and a lot more.

Before diving into the talks, I feel like it's important to talk about how AlterConf is staged.

When I came in that morning, there were a number of things I wasn't expecting, because I'd never seen them properly instituted at a conference. Areas of the floor were taped off to create a separate a lane for those using mobility devices. Though I wasn't using my cane that day, I still felt far more relaxed and included in the space by seeing that. If one of my friends had been able to go, she could have easily used one of the taped-off areas so we could sit together. The live-captioning provided felt a little like a religious experience. Though the captioner was on the East Coast, they spent the day with us virtually, and their work was projected at the front of the room in large, legible text. The projection screen for PowerPoint decks was easy to locate from my seat, the microphones never died, and speakers repeated questions from audience members (enabling more people to hear the question, or see it on the caption projection). If I was wondering about whether a particular speaker didn't want to be tweeted, or have audio or video taken, we were clearly given that information at the head of each talk, and the video bans were clearly tagged online. The announcement of trigger warnings came at the start of talks if the speaker had flagged their talk as having possible triggering content, and the setup of the room made it easy to leave for whatever reason. Together, these accessibility measures made it easier not just to physically get around and to take in content, but to focus. I was sitting in a room of people interested in learning new things, and the conference was staged in a way to make that possible.

But the talks. If they weren't applicable to you directly, it was easy to think of a friend who would need to see a talk later, or a coworker who would benefit if you took notes. Even talks I knew would probably feel applicable to me had new things to say, or think about, or information I had no clue about. I have disabilities, have worked as a freelancer for years, and had no idea how much disability insurance could have done for me when I left my corporate job behind. Disability insurance was a substantial part of Anna Zocher's talk “Resisting the Tidal Wave: Making Sure Chronic Disease or Disability Doesn't Upend Your Career.” It meant a lot to me to be able to listen to someone who'd had so much life/career change happen to them because of a sudden health change. Resisting the Tidal Wave shared a lot of the emotional ground covered in Whitney Levis' “Updated Spoon Theory for the Tech Industry.” Where Zocher's talk pulled on self-advocacy that people need to do for themselves, Levis was breaking down spoon theory for people who don't have to consider it. I've shown people spoon theory so many times, but I'd never thought of drawing on the extremes of experience someone could have to explain it. (Levis compared being out of spoons to the moment people hit their limit, after a loss of job, a life changing illness, etc.) Though many of her personal endeavors were ones disabled listeners could easily empathize with, I felt like it was a talk that was just as important to be heard by people without disabilities. The bus pass, remote work, and other measures her employers take give Levis the tools to be as effective as she can.

Ijeoma Oluo was in her early teens when her mother brought home an Apple IIe. That early influx of tech stays with her, and she wound up working in telecommunications. The racism and sexism she dealt with didn't keep her doing her job, but the silence she was confronted with all around her after Trayvon Martin was killed drove her to write about it, and that led to even more writing. Her life ran on different tracks; social justice was one, and her day job in tech was another. “How The Tech Industry Made Me A Social Justice Writer” is going to be a life story we hear with increasing frequency as time goes on. Oluo closed by saying that we all have privileges that we can leverage to improve our communities, and that being a good person isn't enough. You have to use your voice.

Moving sideways from Levis' talk and how her company is savvy in putting the tools she needs in her hands, Donte Parks’ “Breaking Down Diversity in Tech One Company At a Time” was a broad-level tree of how to bring a company or organization into becoming more diverse *and* inclusive. Parks pointed out that hiring isn't fixed when you manage to bring in diverse candidates who leave immediately because of a toxic, closed-off environment. His eight steps aren't a manual, but they're a starter tool for the process of making what you're a part of more diverse. Samantha Kalman's “Invisible Arcade: Video Games as Rock Concerts” also touched some on themes of diversity and inclusivity, but in the case of Invisible Arcade, managing inclusion in an event which only exists as a physical place for a few hours at a time. When that embodiment happens, Invisible Arcade is a place for all, but it's also a very queer space. When it's Invisible Arcade, the organizers and artists outside that space, how to keep that space open and inclusive is a part of how it's run.

Yvonne Lam's talk “So You Want to Contribute to Open Source: Advice for the Non-Normative” could be a basic primer to work in any edge of tech, games or media right now.  Thinks that stuck with me was that joining in on Open Source work is signing up to be a minor celebrity. People know you by your work, but not necessarily as you, the person.  Doing some thinking about privacy, how much access to you that you're willing to give to others, navigating tech's odd social-professional mixing, these are all things I don't see enough people thinking about early on in tech work, but also in media. The closest I've seen to this kind of advice is in Booklife, which is aimed at authors working within the publishing industry.

In terms of applying directly to the very city we live in, Monica Thomas' talk “Tech Money, Gentrification, and the Policing of Blackness in Capitol Hill” did so with a succinct and much-needed breakdown for anyone unfamiliar with how tech money and gentrification feed the policing of black communities (in this case Capitol Hill). For all the personal opportunities tech money affords to many of its employees, there is no widespread realization that comes with it that people have to step out of the tech bubble and examine what their impact is on the city they live.

Elaine Nelson's “Establishing Your Core Values” has so much potential for application to so much of tech, games, media, nonprofits. While the very heroic and attractive mission statement of an organization sounds cool, it's not a great guideline for every conceivable team keeping so much of the core and backend of an organization going. Nelson focused on how values scale, from your personal values and work-related values, to team level, organization level. Your team has values chosen as a group that express its focus and priorities. There has to be room for dealing with the different priorities and needs of anyone not on your team, but if you make your values and methods known, you give everyone else the tools to understand your work. This can lead to fewer angry emails, to cherry-pick a single good reason to communicate how you work to people outside your team.

Kevin Stewart's “Managing While Black” is one of the talks I strongly felt people needed to hear.  Stewart said something about hiring that made me want to cheer -- that hiring is fundamentally broken--  and covered racism and under-representation, the behavioral policing for people of color when it comes to promotion, and a delightful analogy about hiring involving American Idol and The Voice. His PowerPoint was also full of Samuel L. Jackson, and I for one agree that Nick Fury is a fantastic manager.

From start to finish, AlterConf was a day for ideas you may not have considered, information you could have never found on your own, and some incredible PowerPoint chops on everyone's parts. I left feeling smarter, wanting to think about what I'd heard, and to consider things I could apply to what I'm doing, right now. After this experience, I'd recommend to anyone to watch any AlterConf talk you can find on the website, and to go to one in your area. If fear of any kind has held you back from giving these kinds of talks, and you've been unable to find another space to give that talk, apply to speak at an AlterConf. They have captured lightning in a bottle, and I can only hope that others see how valuable and needed what this conference is doing really is. 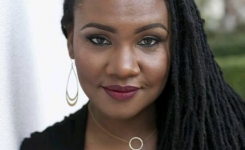 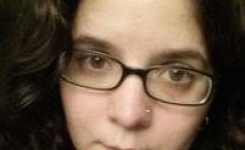 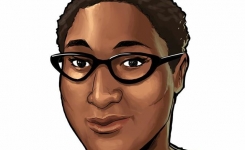 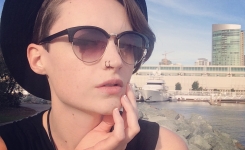